Hi! My name is
PIOTR
BIESIEKIRSKI 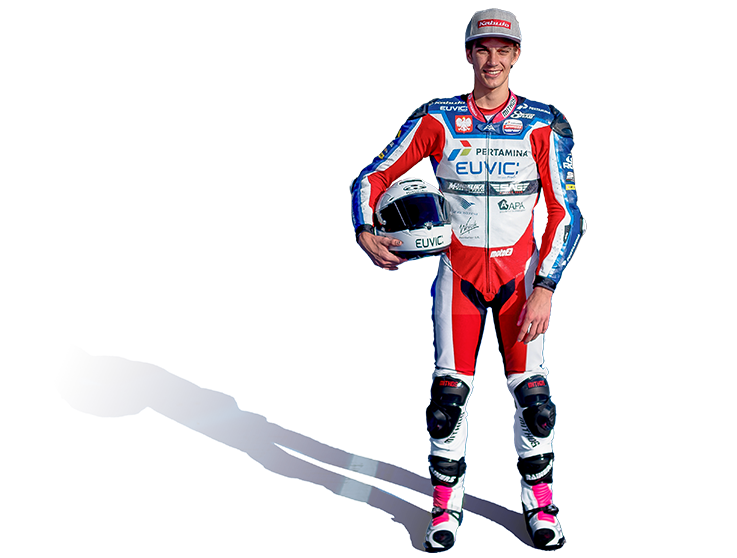 Hi! My name is Piotr Biesiekirski

I’m the first Polish motorcycle racer in the European Moto2 Championship and the youngest rider in this category worldwide.

The European Moto2 Championship is the gateway to MotoGP, the Formula 1 of motorcycle racing. I race for an experienced, Spanish team, Euvic Stylobike Good Racing, on a prototype Kalex machine powered by a Honda CBR600RR engine. Our goal for this year is to challenge for the Top 6 and make another step towards the World Championship.

I made my European Moto2 debut halfway through last year, finishing in a points scoring eleventh position in my first two races at the Motorland Aragon circuit, before ending the year with an impressive seventh at the Ricardo Tormo Circuit in Valencia.

A few months earlier I made my debut in the Spanish Open 600 Championship onboard a Honda CBR600RR, taking two wins and a total of five podium finishes to claim third overall in the final standings. I’ll never forget my lap of honour with the Polish flag after my first victory at the Circuito de Navarra. The organisers of the Championship had to actually buy a Polish flag for the podium ceremony after my first Top 3 finish in Barcelona. They never had or needed one before but it ended up pretty useful that year so I’m happy that I’ve made a lasting contribution to the series.

In 2017 I won a Gymkhana-based LEM series organised by the KSB riding school in Valencia. While I haven’t won any of the actual rounds, consistent podium finishes in all of them saw me finishing at the top of the standings. At the same time I was racing in both the Spanish Pre-Moto3 Championship on a Moriwaki as well as both regional and national Supermoto Road Championships on a Honda CRF450R. It was interesting that nobody believed I could be successful in that category but with consistent podium finishes I ended the season in fourth overall.

Supermoto helped me to move up from a 35HP Moriwaki to a 130HP Honda CBR600RR even if my debut was everything but promising. I finished my first race in Jerez at the end of 2017 way down the order but having served my apprenticeship I went on to take podiums and race wins the following season. It taught me the importance of gaining the experience and doing the racing homework, which I went through with the help of my data recoding specialist, Damian Sapiński.

In 2016, while still just 14, I won the Polish Moto3 Cup and made my way to Spain, making my debut in the Valencian Pre-Moto3 Championship and finishing third overall. All of that earned me an invite to the prestigious Red Bull MotoGP Rookies Selection Event.

My adventure with motorcycles started at the end of 2014 with a first ride on a Chinese pit-bike, the KXD, when I was only 13 years old. Soon after I did my first laps on a race track under watchful eyes of Promotor’s Marek Godlewski and Kamil Streżyński. In 2015 I’ve joined the Valencian KSB riding school ran by the experienced Kike Bañuls. That’s when the dream and now a goal of making it to the World Championship was first born. It motivates me in my racing journey every single day.

Since the very beginning of my racing career I can count on a continuous support of my loyal partner, Euvic as well as Grzegorz Wójcik and the Wójcik Racing Team. 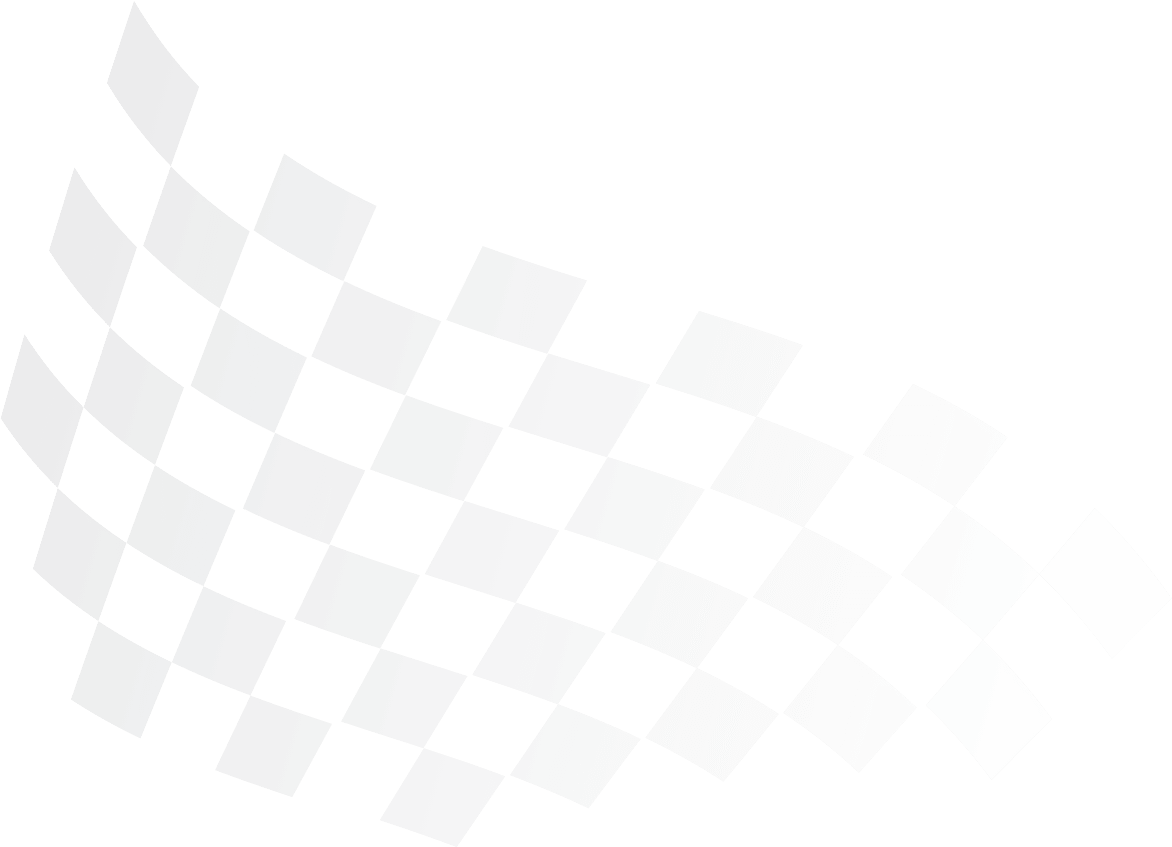 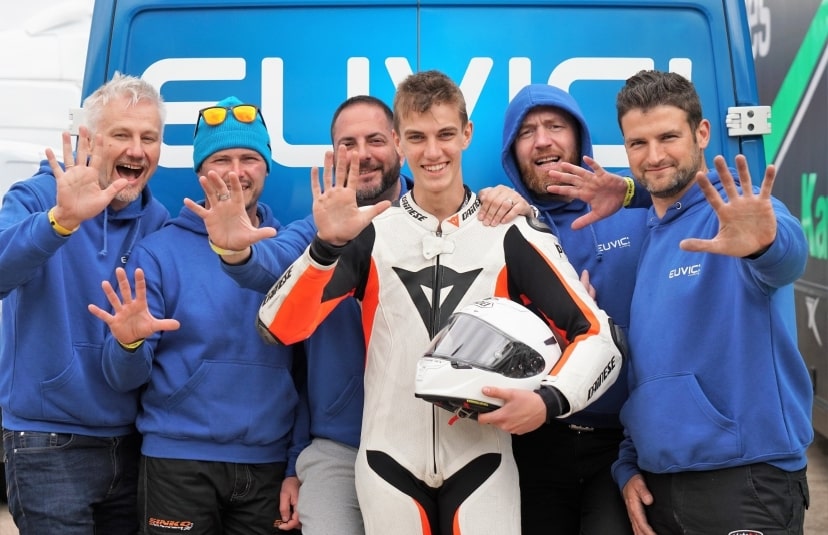