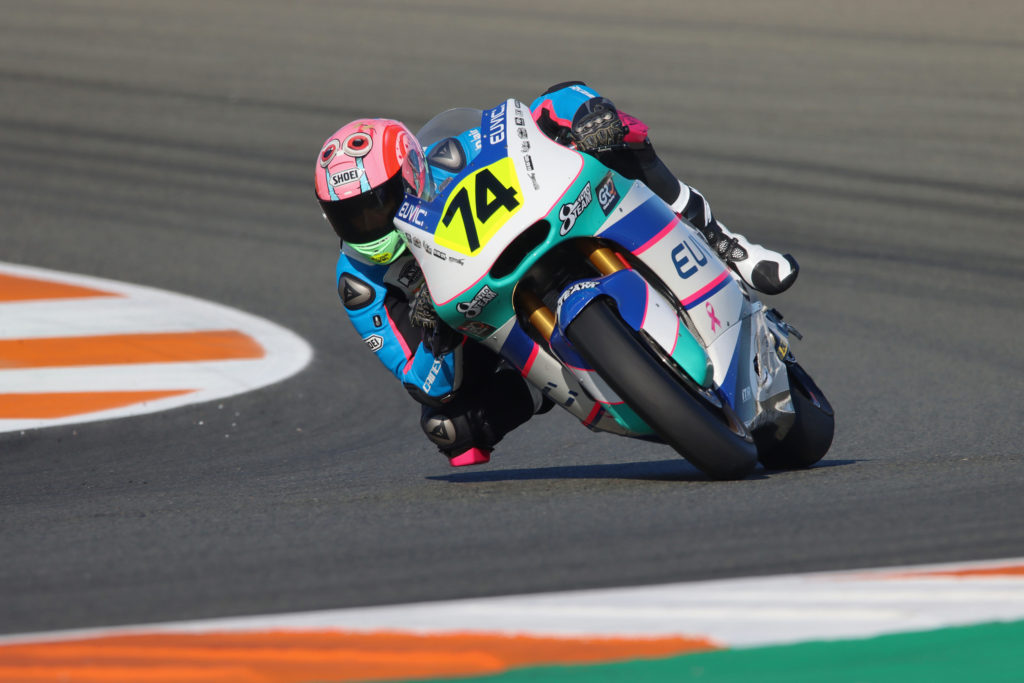 Piotr Biesiekirski suffered from lack of grip during Sunday’s final race of the European Moto2 Championship, finishing in a points scoring 15th position in Valencia.

The 18-year-old from the Euvic Stylobike Good Racing Team started the race from 17th on the 37-strong grid and made way up to 12th on the opening laps before a grip issue forced him to slow down and finish 15th.

The young Pole is now focusing on his December’s debut in the FIM Endurance World Championship in Malaysia with the Polish National Team before returning to the European Moto2 action in 2020.

“I was aiming for a Top 10 finish today so I’m not really satisfied with the final result but from the fourth lap onwards I struggled for grip in the left-hand corners – said Piotr Biesiekirski, who finished his first full season in the European Moto2 Championship in 18th overall. – After the race it turned out we had an issue with the rear tyre. We had the correct tyre pressure at the start but it went up way too much during the race and there was nothing we could do. Anyway, these things happen in racing, so let’s put that behind us and focus on my December’s FIM EWC debut. I’ve learned a lot this year thanks to the huge experience of my team and our hard work together. I’m sure it will bear fruit next year.”