Piotr Biesiekirski to miss the Grand Prix of Portugal 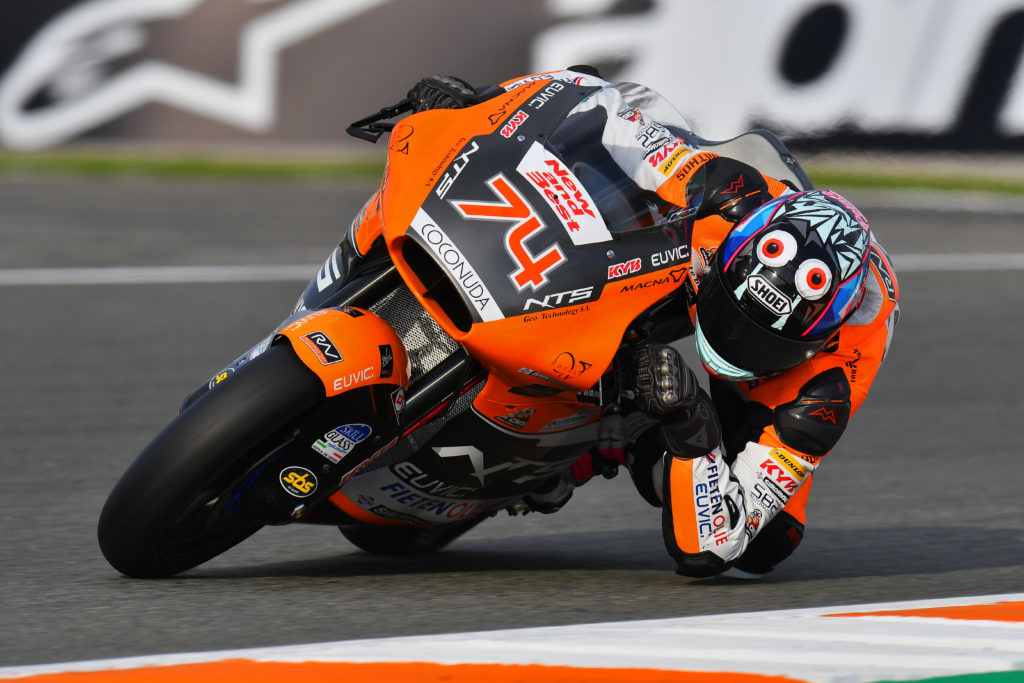 19-year-old Piotr Biesiekirski will not take part in the season-ending Grand Prix of Portugal in Portimao this weekend, therefore concluding his debut campaign in the Moto2 World Championship.

The young Pole was making steady progress during the previous seven rounds with the NTS RW Racing GP Team, finishing the last race with his smallest gap to the winner to date.

However without an option to remain on the Moto2 World Championship grid for 2021, Biesiekirski is hoping that a strong season in the European Moto2 Championship will allow him to return to the Grand Prix paddock in 2022.

“Making my Moto2 World Championship debut this year was a great honour and a phenomenal lesson – says Piotr Biesiekirski. – I’d really like to thank the NTS RW Racing GP Team as well as the organisers for their trust and this great opportunity. I was hoping that this year’s debut would open the doors for a permanent entry in 2021 but it won’t be the case as all seats for the next season are now taken. This means that I will focus all my efforts on fighting for the best possible positions in the European Moto2 Championship next year which, I hope, will allow me to return to the World Championship full time in 2022.”

“We would have loved to end the season with Piotr but I respect his decision, also looking at his future goals which are very important, to prepare himself for a new season next year – adds team manager Jarno Janssen. – It will be a very important season for him. I’m sure that he’ll be able to show his potential and the learning curve he had over last seven GPs he was with us. It will be important for Piotr to continue that learning curve in the European Moto2 Championship and be able to fight at the front and this for sure will guarantee him the possibility to come back to the World Championship in 2022.”