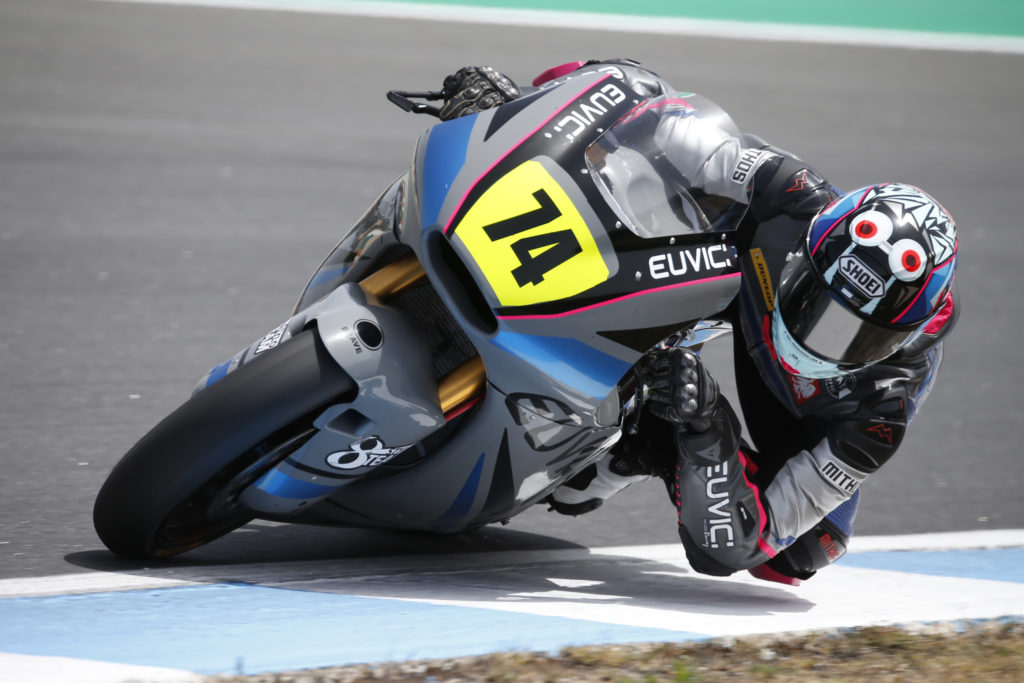 The 18-year-old Piotr Biesiekirski claimed his career best European Moto2 result by finishing fifth in the 2020 season opener at Estoril in Portugal on Tuesday.

Racing for the Euvic Stylobike Team for his third season in the Championship, the young Pole finished the qualifying sessions in sixth place, improving his previous best Moto2 grid position by four spots.

Race one saw Biesiekirski taking a lighting start and slotting into second in the first corner before dropping down to eighth after couple of small corner-entry errors on the opening lap. The Pole eventually charged back through the field to finish fifth, just ten seconds from the race winner, in what’s his career best Moto2 result to date.

Race two saw the Polish rider matching his previous career best result of seventh and finishing just a second away from fourth after a long and exciting, four-way battle to the flag.

After his best Moto2 race weekend to date Biesiekirski sits in an impressive fifth in the overall standings with 20 points to his name, with the next two races taking place at Portimao on Monday.

“I’m really happy because it was the best Moto2 weekend of my career – says Piotr Biesiekirski. – The qualifying went really well and my start to the first race was pretty much perfect. I’ve made my way up to second but braked a bit too late a couple of times and lost a few seconds. Exactly the amount that I’ve missed the podium by but I’m still really pleased. It’s my best result and ten seconds is my smallest ever gap to the winner in Moto2. Race two was a bit more difficult as I got hit by another rider in the second corner and lost quite a bit of time. I was able to come back and made my way to the group battling for fourth but couldn’t quite put the fight to the guys in the end. It was a very demanding weekend so I’m glad we’ll have couple of days off before Portimao. It’s an amazing track and I’m looking forward to another good weekend.”