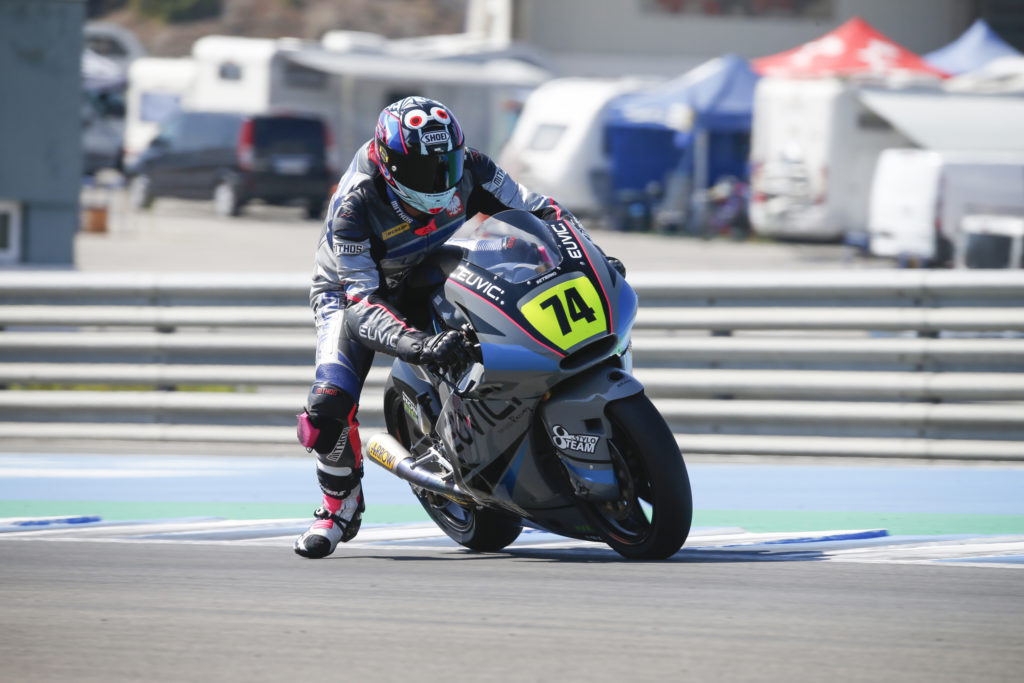 Fourth during Thursday’s practice, Biesiekirski qualified for the Jerez double-header in eighth on Friday before taking a fighting seventh in race one on Saturday.

Race two saw the 18-year-old dropping all the way to 12th position following contact with another rider in the second corner before spectacularly charging through the field to take sixth at the flag.

The Euvic Stylobike Good Racing Team’s rider finished just half a second from fifth despite tangling up with his teammate and losing precious time in the final corner at the halfway point.

The European Moto2 riders will be back in action on the first weekend of October with three races planned at Motorland Aragon during what will be the season’s penultimate stop.

“The second race was definitely the most exciting and intense of my life! – says Piotr Biesiekirski. – After finishing seventh despite losing some time early on in race one I knew that we have the pace to challenge for the podium but I didn’t expect such a hectic battle. Elbows went our right after the start and despite a good getaway I was was hit and pushed out wide in turn two, which dropped me out of the Top 10 and forced to chase the frontrunners. I was catching them really fast but at one point came together with my teammate in the final corner which was a mistake I’d like to apologise for. I almost crashed as the front wheel folded but I saved the bike with my knee and elbow and was able to continue. Unfortunately I’ve lost two more positions so I had to chase again. In the end I was able to cross the line in sixth, just half a second behind fifth, which is an absolute madness! Still, I’m not really happy with the results in Jerez because we clearly had the pace to battle for the podium. In Aragon I’ll be focusing on making another step in the qualifying and improving the opening laps as I really want to taste that rostrum champagne!”