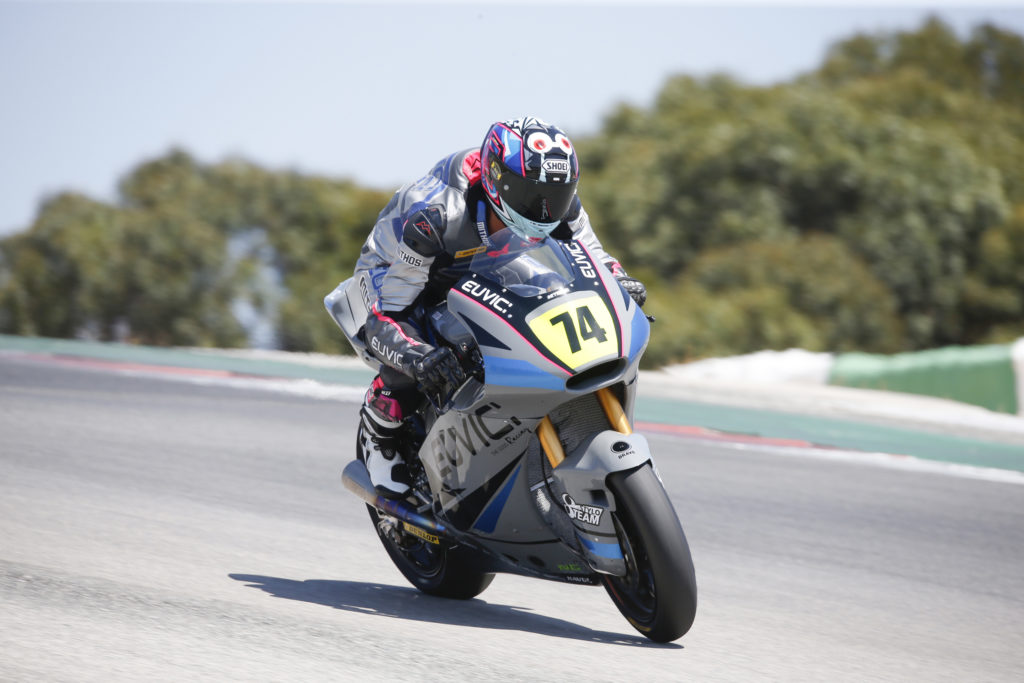 The 18-year-old Piotr Biesiekirski finished sixth in the second race of the second round of the European Moto2 Championship in Portimao on Monday.

Less than a week after claiming his career best result, a fifth position in Estoril, the first and only Pole in the European Moto2 Championship lined-up for two more races. This time in Portimao.

Having took eighth in qualifying, the rider of the Euvic Stylobike Team crashed out of the opening race after battling for fourth position, but recovered to finish a solid sixth in race two.

With four of the eleven races planned for 2020 now completed Biesiekirski sits in seventh in the European Moto2 Championship’s overall standings with a total of 30 points to his name. He will return to action during the next round which will take place at Jerez de la Frontera in Spain on the last weekend of August.

“It was another intense weekend – says Piotr Biesiekirski. – My start to the first one wasn’t ideal but I had the pace to battle for a top four finish and I was looking for a strong result. As I tried to pass another rider on lap five, I went up on the inside and hit a bump which unloaded the front tyre and caused me to crash. It’s a pity not to have scored points in this one but I knew that I can get a good result in race two and I’m happy with sixth. I was still hoping for a bit more as I wasn’t far off fifth but it gives me even more motivation for the next rounds. After four races in seven days we now have a bit of a break. I’m looking forward to coming back to Poland for the first time in six months later this week but I also can’t wait to get back on my Moto2 bike and resume testing. While we have raced in front of the empty grandstands in Portugal I’m really grateful for the massive „virtual” support I received during the first two events!”