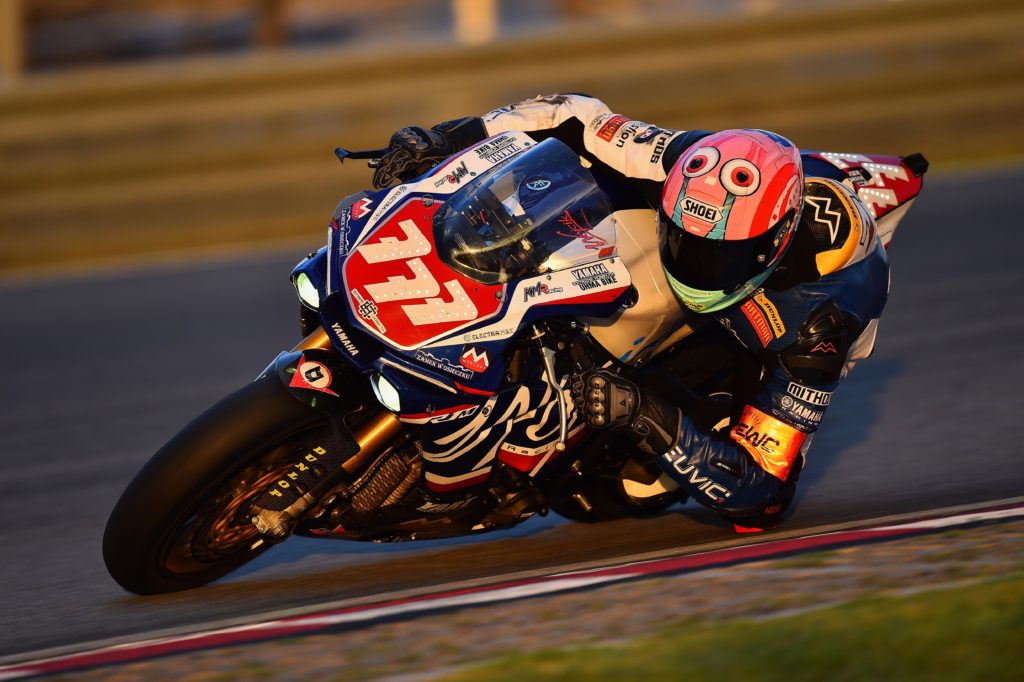 18-year-old Piotr Biesiekirski made his FIM EWC debut with the Wójcik Racing Team on Saturday, finishing the 8 Hours of Sepang in a points scoring ninth position in the Superstock class.

Sharing the official Polish national team’s no. 777 Yamaha R1 with Marek Szkopek and Adrian Pasek, Biesiekirski only managed to complete a single, five-lap stint in the weather-affected, shortened sprint at the Sepang International Circuit.

The 18-year-old’s run came to a premature end with a crash in Turn 5 but the young Pole was able to remount and bring the bike back to the garage with the team only losing five minutes before returning to action.

Wójcik Racing Team’s no. 777 R1 finished in 34th overall and ninth in the Superstock class where the Polish outfit lays in a solid fourth overall after the opening two rounds of the 2019-2020 season.

“It was the shortest race of my life but the whole weekend was a really good experience which I’ll remember for a long time – says Piotr Biesiekirski, a European Moto2 Championship regular. – There were a lot of crashes today but I think my off was one of the most spectacular even if I did actually managed to save a highside and turn it into a rather gentle lowside. That way it saved the bike from more damage and allowed us to get back out pretty quickly, with my teammate Marek doing most of the running today, which was very impressive given the tricky conditions. I’d like to apologise to the team as the result would’ve been a lot better if it wasn’t for my crash. It wasn’t easy though as we all struggled with rear-end grip all day. Having said that, I really enjoyed my first FIM EWC experience and had a great time working with the Wójcik Racing Team, so a massive thanks for having me this weekend and for their professional work. As the 2019 season comes to a close I’m sure we’ll all come back even stronger in 2020.”

“Piotr made a huge impression on the whole team this weekend and did a really good job – adds team manager Sławomir Kubzdyl. – Despite his young age and not that much experience he feels the bike really well and the quality of his feedback is second to none, which is very rare. It was a massive challenge for him this weekend but he did a great job where a lot of others would’ve failed. Even the crash showed how professional he is, having picked the bike right up and returned to the pit lane in no-time. Five minutes later we were back out again and really didn’t lose that much time. I’m sure it’s a beginning of a great journey for all of us.”