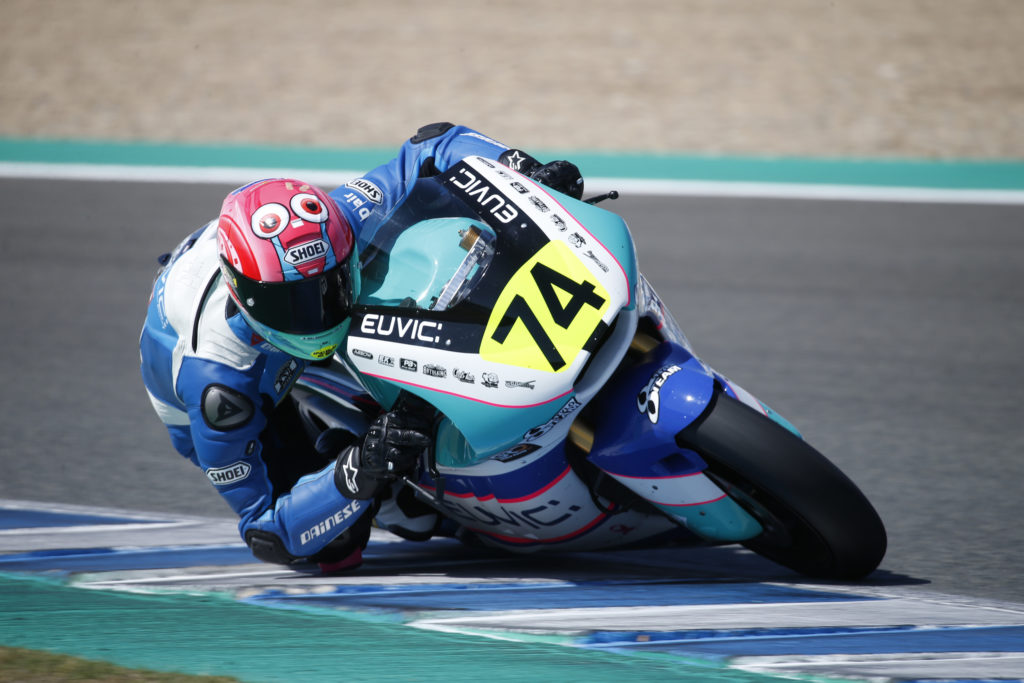 Piotr Biesiekirski, the first Pole and the youngest rider on the European Moto2 grid, will take part in two races of the penultimate round of the Championship at Albacete this Sunday aiming for a pair of Top 10 finishes.

Fresh from his European Moto2 season’s best result of eleventh at Jerez, the 18-year-old heads to Albacete having recently confirmed his upcoming, December’s debut in the FIM Endurance World Championship during the 8 Hours of Sepang in Malaysia.

The seventh and penultimate round of the European Moto2 Championship will see two Sunday’s races with the first starting at 11 AM and the second at 2 PM local time with both live online at https://www.youtube.com/user/CEVMotorcycleChamp  .

“Albacete is probably one of the tracks where I’ve done the most laps in my career so I can’t wait for the upcoming races – says Piotr Biesiekirski. – We had a short, one-day test there recently, which was a good warm-up and my first day on a Moto2 bike after the summer break. I was feeling better and better on the bike with every lap and then we’ve improved the setup even further during the last round at Jerez so I can’t wait to see how that translates to my feeling at Albacete. I like the track, the weather is supposed to be great so it looks like it’s going to be a great weekend. My goal is still to fight for Top 10 finishes but lets see, maybe this weekend we could be challenging for even more…”