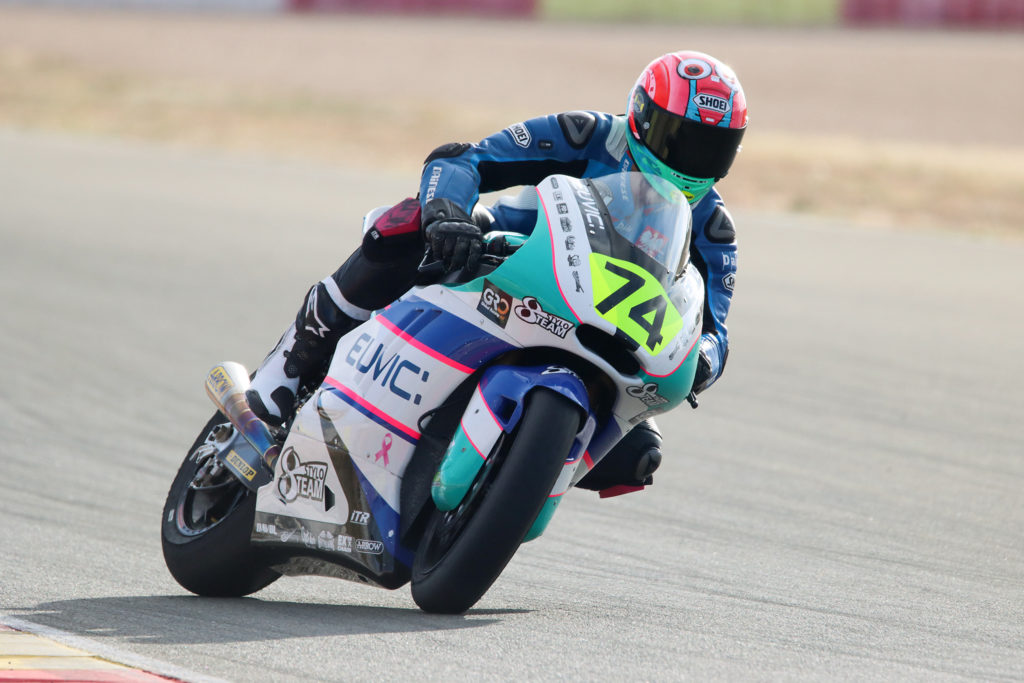 18-year-old Piotr Biesiekirski finished the Sunday’s races of the European Moto2 Championship at the Circuito de Albacete in eleventh and eighth respectively, claiming his best result of the season.

The young Pole, racing for the Euvic Stylobike Good Racing Team, was aiming for a pair of Top 10 finishes at Albacete onboard his Moto2 Kalex machinery and finished the qualifying in 16th position.

Having claimed a solid 11th position in race one, matching his season’s best result from the previous round at Jerez, the Pole then had to start race two from the back of the field after an issue on the grid but made a sensational charge from 30thto 15th on the first lap, before the race was red flagged a restarted following an incident. Biesiekirski quickly made his way inside the Top 10 following the restart and eventually crossed the line in eighth – his best result of 2019 – just two tenths of a second from sixth.

The final race of the European Moto2 Championship will take place at the Circuit Ricardo Tormo in Valencia on the 10thof November.

“It was my best race weekend of the season – said Piotr Biesiekirski, who’s now 18th in the overall European Moto2 Championship standings with 21 points to his name. – I’ve made a couple of mistakes in the qualifying and wasn’t happy with my grid position but I knew I had the pace to battle for Top 10 finishes in both races and that’s what happened. I just missed it in race one but managed to take eighth in race two despite starting from the back of the grid before the red flag. I was so close to matching my best ever Moto2 result, a seventh at Valencia from last year, so I can’t wait to go there next month and try to make another step before I’ll make my FIM EWC debut at Sepang in December. Many thanks to the entire team for their great work throughout the whole weekend and a big thank you to my fans for their continuous support!”