Biesiekirski aims to end the season on a high in Valencia 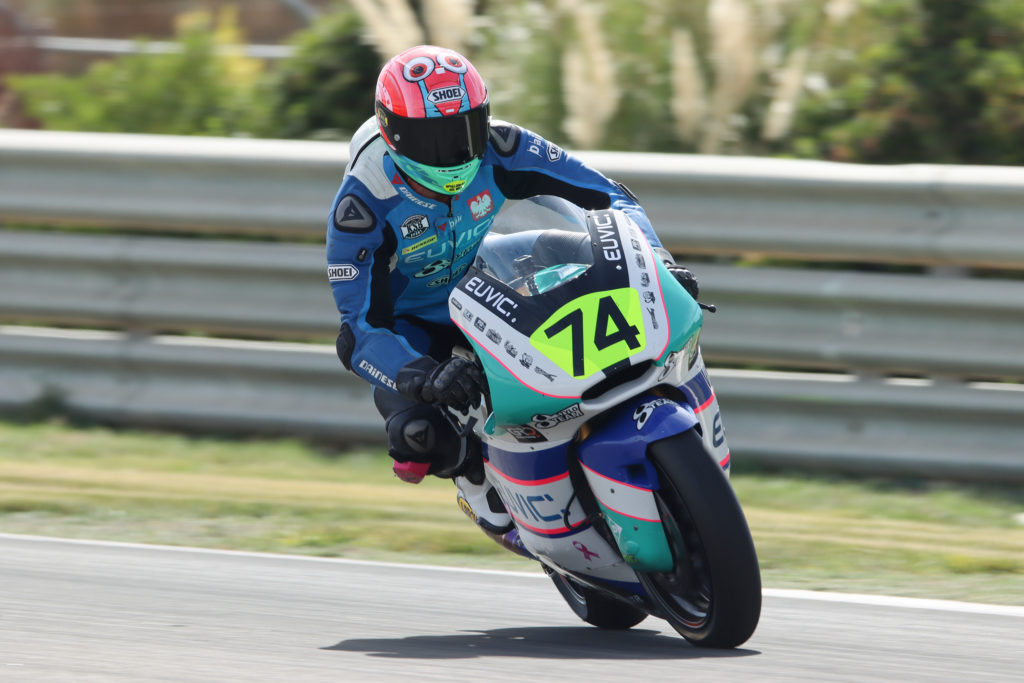 The 18-year-old Piotr Biesiekirski is looking to end his second season in the European Moto2 Championship with a best result of his 2019 campaign.

The only Pole and the youngest rider on the international grid heads to the Circuit Ricardo Tormo fresh from scoring his season’s best result of eighth in Albacete and aims to set the bar even higher during Sunday’s season finale. That’s exactly what he did last year, having finished his rookie season with a seventh in Valencia 12 months ago.

The challenge won’t be easy though as this weekend’s grid features a total of 37 riders from 14 different countries with the 19 lap race set to start on Sunday at 1 PM local time, just days before the MotoGP finale at the same venue.

“I can’t wait for the race in Valencia – says Piotr Biesiekirski. – It’s my home round as I spend most of my time here during the season. The grid is looking very strong this weekend so the race should be very entertaining. I’d like to finish the season with my best result of he year, same as 12 months ago. To do that, I need to get into the Top 10 in the Saturday’s qualifying and try to stick with the second group on Sunday. It’s the last round of the European Moto2 Championship but the season is far from over for me, as I’ll make my FIM EWC debut in Malaysia in December with the Wojcik Racing Team, Poland’s official national team. I’ve already tested my new R1 and really like it. We have more tests planned for the next weeks but for now I’m fully focused on the Sunday’s Moto2 race.”