Home / Media / Biesiekirski aiming for the title in new colours

Biesiekirski aiming for the title in new colours 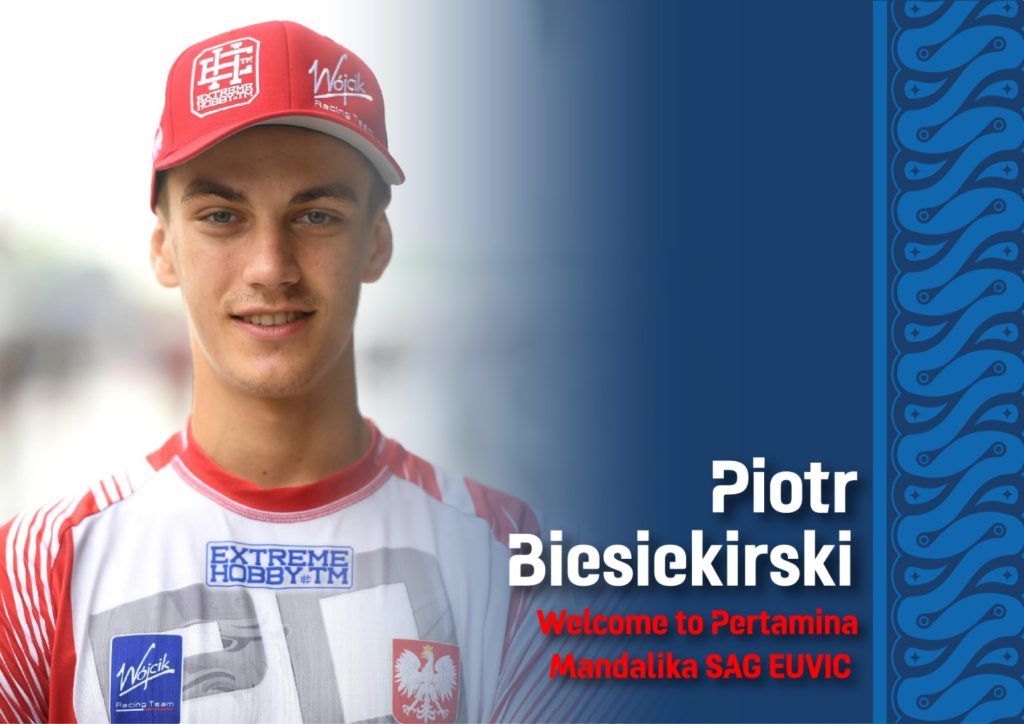 19-year-old Piotr Biesiekirski is aiming to challenge for the European Moto2 Championship and to return to Moto2 World Championship action in 2021. To achieve his goals the young Pole joins forces with the Pertamina Mandalika SAG Euvic Team.

Last year Biesiekirski consistently battled for Top 5 results in the European Moto2 Championship before making his debut in the Moto2 World Championship and taking part in seven Grand Prix races as the youngest rider on the grid.

This season the Pole is looking to make that final step and aims to challenge for the European title, while also returning to Grand Prix action by applying for wild cards for selected events.

To do that, the Pole is joining forces with the experienced Pertamina Mandalika SAG Euvic Team, a Barcelona-based squad with a long and successful history in both the European and the World Championship.

“I’m super excited to be joining the Pertamina Mandalika SAG Euvic Team and look forward to having a great season together – says Piotr Biesiekirski, who will ride a Kalex bike. – The last couple of years were a big learning curve during which I’ve made solid progress. It makes me confident that with the help of the team I can make that last step this year and challenge for the title in the European Moto2 Championship. We have tested together twice already last year and I know that we share the same values and ambitions. My ultimate goal is to race full time in the World Championship, so we’ll also be aiming for Grand Prix wild cards this year and I’m sure we’ll have a long and successful relationship with Edu and the team for years to come.”

“We very proudly confirm our participation in the FIM CEV Repsol, a Championship that shapes young talents and prepares them to compete in the elite of the sport; the World Championship – adds Team Principal, Edu Perales. – We like getting involved in projects that help young riders to grow professionally and this year we have decided to take on board the young Polish rider Piotr Biesiekirski who has a lot of potential to perform a great season.”

For more info about Piotr Biesiekirski visit his official website at www.pbk74.com and Facebook Fan Page at Facebook.com/PiotrBiesiekirskiOfficial .