Home / News / Best race of the season for Biesiekirski

Best race of the season for Biesiekirski 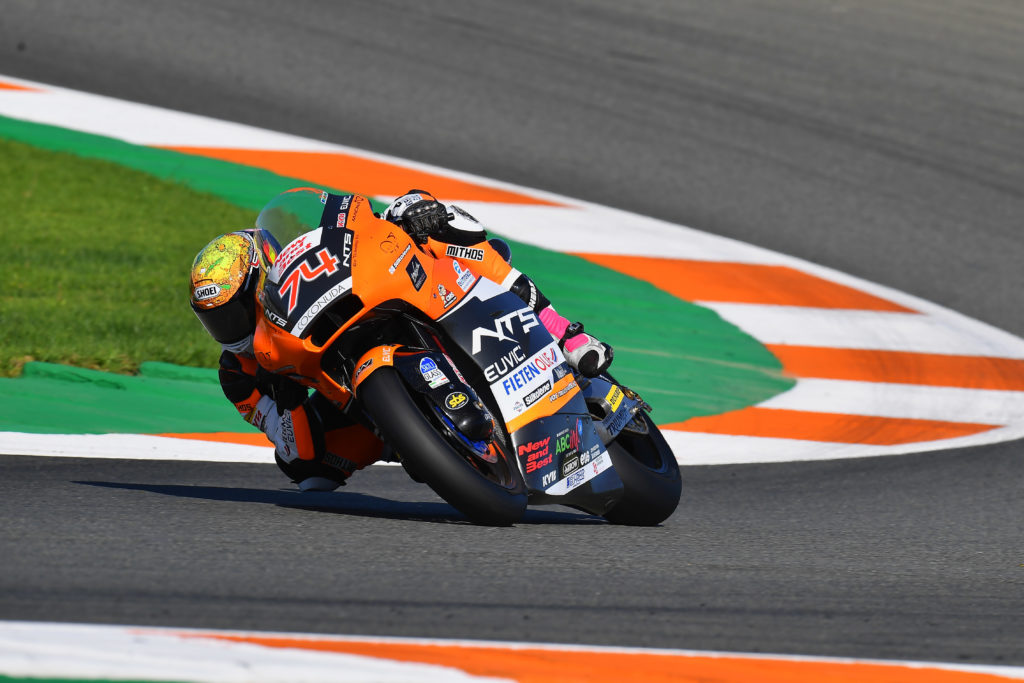 19-year-old Piotr Biesiekirski finished the Valencia Grand Prix, his seventh race in the Moto2 World Championship, in 21st position, with his season’s smallest gap to the winner and the rider in front.

The youngest rider on the grid reduced his gap to the winner by nine seconds comparing to the previous weekend, to just 50. His total race time was also 13.6 of a second better than last Sunday.

Riding for the NTS RW Racing GP Team, Biesiekirski was able to keep his rivals in his sights from the beginning, finishing just 3 seconds behind the penultimate rider, having been under a second behind him and looking for a move for most of the race.

“It was a really good race and a very good weekend – says Piotr Biesiekirski. – I feel that I’ve made a real step in Valencia when it comes to my riding. After the start I’ve put in some good laps and was able to stay with the group. Halfway through the race I was close to passing the rider in front and managed to stay with him until the end. I’m really happy with the race and how we’ve worked with the team during the weekend. My race was 13 seconds faster comparing to last weekend and the gap to the winner was my smallest one this year so I’m really happy with the progress.”

For more info about Piotr Biesiekirski visit his official website at www.pbk74.com and Facebook Fan Page at Facebook.com/PiotrBiesiekirskiOfficial .